After how wonderful our little Halloween party was and how much fun we all had we decided here at Living Dead Cakes HQ to have another little party.

This time it was a fairy theme.  As Both Lilith-Rain & Baya love fairies, so it was an obvious theme.

Over the half term holidays, we got together with our closest & best friend and her two little girls again.  The fairy fun & games began.  We dressed up as fairies and played fairy games & enjoyed lots of fairy activities

I made many vegan & gluten free treats for our tea party. 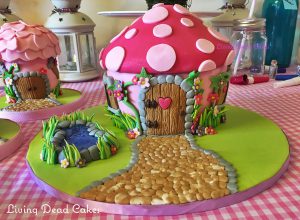 The big fairy house even had a little pond. 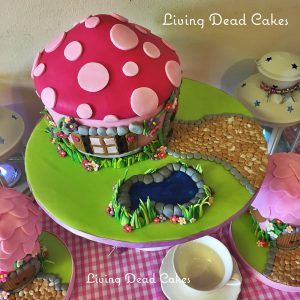 The little mini fairy houses were the same base as the big house, vanilla cake with creamy vegan vanilla butter cream. 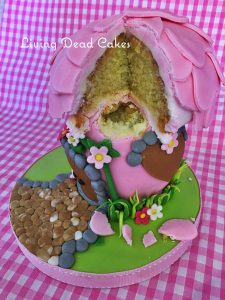 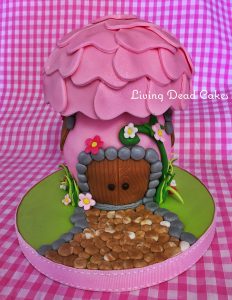 I had so much fun creating all the food we had, I wanted to make some of my favourite things.

Im going to add a few recipes from some of what we had to eat, if you would like something I have missed please message me and I will add the other recipes.
Contact me here

On the savoury side we had mini VeganEgg quiches with red onion and roasted peppers, the recipe for my sweet potato quiche can be found here. 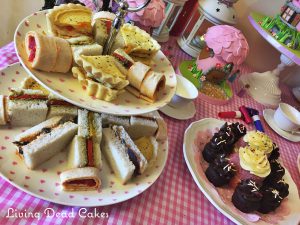 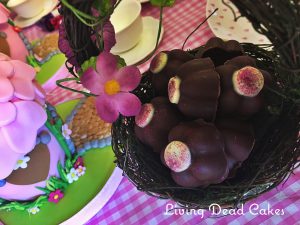 We also had butterfly marshmallow treats 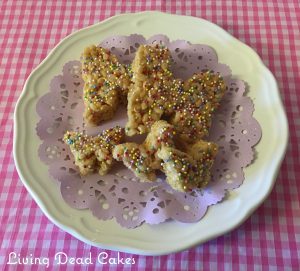 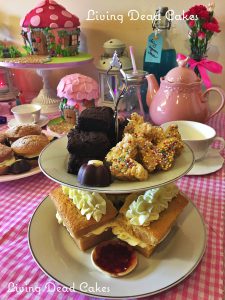 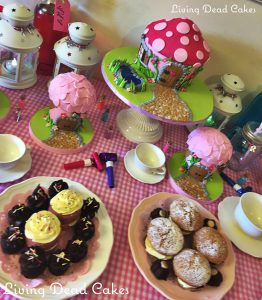 Some of the other cakes we had 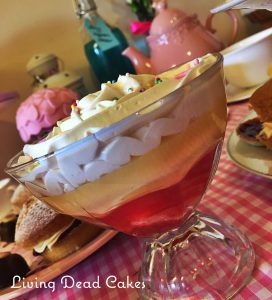 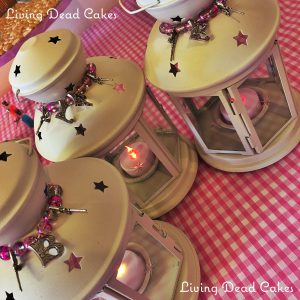 I made little fairy lanterns for the girls for late night fairy spotting:
Each lantern had their first name initials & battery powered tea lights. 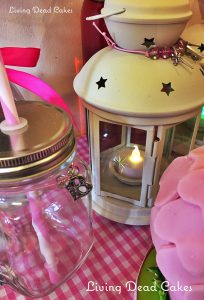 The girls also had personalised drinking jars with their initials too. 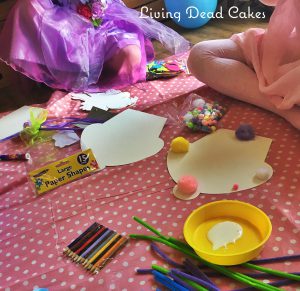 All 3 girls had a great time, Little Erika even joined in with the fun and games. 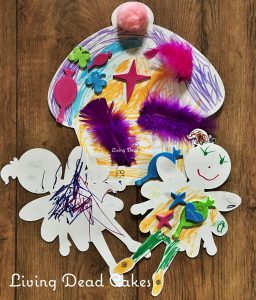 We ended the party with hot chocolate & vegan cream and fairy presents. 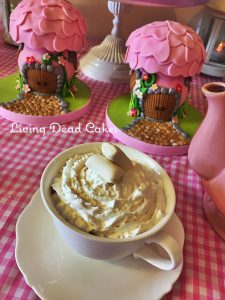 I will add lots more photos of the fairy party to our Facebook page, so if you would like to see some more of the cakes and other details check out the Facebook page.

This site uses Akismet to reduce spam. Learn how your comment data is processed.